I was recently interviewed by Gef Fox, about my latest novel release, The Invasion, as well as about writing in general. You can read the interview at the Wag the Fox blog, here

The Invasion is here!

My latest novel is now available! I’m thrilled to say the paperback and digital editions of my horror/thriller novel The Invasion have been released and are now available to purchase.

It was supposed to be a quiet end to a long day: five close-knit family and friends settling in for some much-needed sleep after coming together for an early Christmas party.

Instead, it’s the beginning of a shocking night of brutality when six intruders break into the sprawling residence of Debra Hillsboro, a middle-aged romance novelist with a fierce devotion to her loved ones and a strong kinship with her home of almost thirty years.

Armed with smartphones and a modern brand of madness, the intruders – an internet-age cult disconnected from humanity and addicted to causing fear and mayhem – have come to the secluded property for one purpose: to terrorize, and ultimately kill, everyone inside all while filming their heinous crimes.

Outnumbered and cut off from the outside world, the terrified occupants find themselves trapped in a fight for survival as a once place of safety is turned into a deadly maze of darkened rooms and forbidding hallways. On this sweltering summer night, they must somehow find a way to escape before the cult turns the beloved home into a house for the dead.

Also, if you’re a reviewer or run a site dedicated to books or all things dark and disturbing, contact Hook of a Book Media and Publicity to be a part of The Invasion book tour.

I’m thrilled to announce that the limited edition hardcover edition of The Invasion will be published by the wonderful Thunderstorm Books. I’m excited to be working with them again, and couldn’t be happier with the cover artwork, which was done by Alex McVey.

More information about the limited edition can be found here. If you’re interested in securing a copy, best get in quick, as numbers are extremely limited.

Lock your doors, The Invasion is coming…

Here’s the cover for the upcoming US release of The Awakening. Design by Kealan Patrick Burke.

The Awakening to be resurrected

I couldn’t be happier to announce that my coming-of-age/voodoo novel, The Awakening, is set for a re-release later in the year. The novel was first published in limited edition hardcover by Tasmaniac Publications in 2012, followed by an Australian paperback/digital release by LegumeMan Books. Now, the good people at Bloodshot Books will be releasing the first US edition, to be published in both paperback and digital formats. To find out more, click here:

The Awakening Coming in August

As is often the case with writing, sometimes you can go for months, even years, without a single release. Then, like blood from a knife wound to the jugular vein, they can come pouring out in one great spurt.

Over the past few weeks, (after a drought of almost two years) I’m pleased to report I have three new works/editions that have been released. They are: 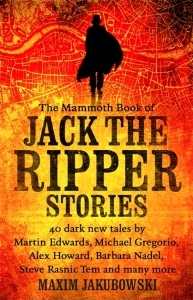 THE MAMMOTH BOOK OF JACK THE RIPPER STORIES. This anthology of Ripper tales contains my story, ‘A Child of the Darkness’. The UK paperback and eBooks editions (Robinson) is now available: Little, Brown. The US eBook is available now (Running Press) with the paperback to be released December 22nd: Amazon 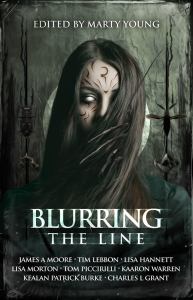 BLURRING THE LINE. A new anthology of horror and dark fantasy stories that contains my story, ‘With These Hands’. Published by Cohesion Press. The eBook edition is available now, with the paperback to follow: Amazon 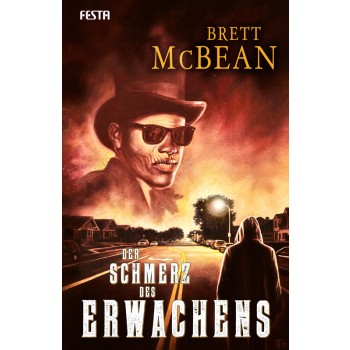 DER SCHMERZ DES ERWACHENS (THE PAIN OF AWAKENING). The German edition of my novel, THE AWAKENING. Published by Festa Verlag in a special collector’s edition, limited to 666 copies.